The new Arnaud S.A.S warehouse in Chignin (73 France) is equipped with liquid coolers charged with R-455A supplied by Climalife and installed by Froid 73.

Founded in the mid-1940s by Alphonse Arnaud, then a yeast distributor, the Arnaud company has continued to grow ever since. First under the management of his son Marcel and then under its current owner, Georges Deschamps.

In order to respond to this expansion and to the growth of its product ranges, the company had to build new premises in 2021 for the storage of its products intended for bakers and, more generally, for all the catering trades in the two Savoies (departments within France) and even beyond. The building, which almost triples the surface area of the old site, covers 8,600 m², of which 8,000 m² is reserved for storage, in particular two cold rooms (340 m² and 170 m²) and a 910 m² shipping bay with a controlled temperature of between 4 and 8 °C..

The efficiency of affordable technology

Arnaud S.A.S., which works with many ski resort pro-fessionals, has a very seasonal business with needs that vary greatly throughout the year and peaks in winter. 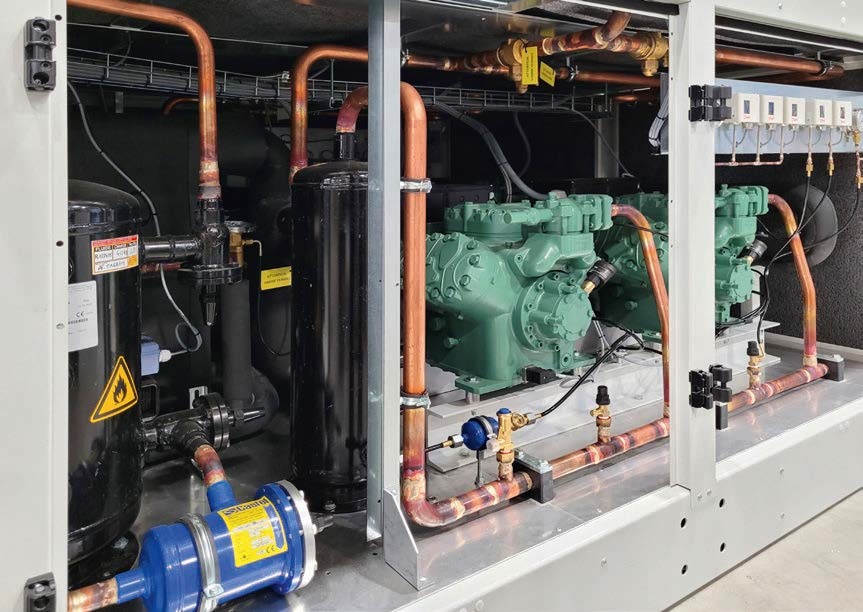 "In fact, an R-1234ze installation with two screw compressors would hardly ever have run at full capacity," explains Gilles Carron. By opting for three units mounted in parallel and each equipped with two piston compressors, the manufacturer has chosen modularity. This solution allows a response of 50 to 450 kW depending on requirements, whereas with screw compressors we would not have been allowed to go below 120 kW, according to its designers.

What about efficiency? The answer came straight away: "We are better-placed in comparison with screws..This would not be the case if we were dealing with a full-load Cop, which is more favourable to R-1234ze, but then again, the system almost always runs at part load." He also recognised that R-455A has an ad-ditional capacity of around 10%, due to the CO2 content of its composition. 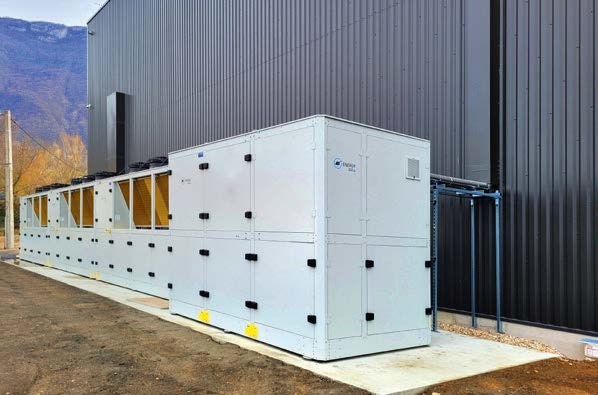 The reason for this choice is also based on piston technology, which is much more affordable for all technicians. The three-unit subdivision has made maintenance even simpler. This configuration and the low fluid loads, especially in the outdoor machines, meant that the low flammability of the A2L-rated refrigerant did not cause any problems, says Gilles Carron. Convinced by these new options, he says that AF Energy’s production has now fully migrated to A2L.

Their excellent heat recovery performance is another quality he wanted to highlight. At the Arnaud facility, this is done on a single unit due to the low requirement of the site. It is used here just for defrosting the evaporators and heating the cold room slab. But more generally, the units can also very easily produce domestic hot water at 60 °C we are told. As to whether the manufacturer is ready to develop R-455A installations, he answers without hesitation in the affirmative, as "this family of fluids makes it possible to process power ratings of 100 to 200 kW easily and with affordable technologies."

Description of the installation:

Source: written by RPF, March 2022 in conjunction with Climalife.