Conversion of a refrigerant at Entremont

Conversion of a refrigerant at Entremont

Juragruyère, a producer of the 'Comté' cheese (at Entremont in Franche-Comté, France), retained Boost'air - industrial and commercial refrigeration specialists - and Climalife, for the replacement of the R-22 refrigerant with ISCEON® MO59 (R-417A).

For the removal of the existing plant to the current site of Juragruyère at Poligny, Department of the Jura, France, the R-417A refrigerant was selected for its simplicity of implementation, because of the possibility of retaining existing equipment and for avoiding numerous modifications.

The cooling circuit with glycol based Friogel®, of an 85 KW refrigerating power rating similar to the R-22, could not be removed to the new site unless an HFC type refrigerant was used. 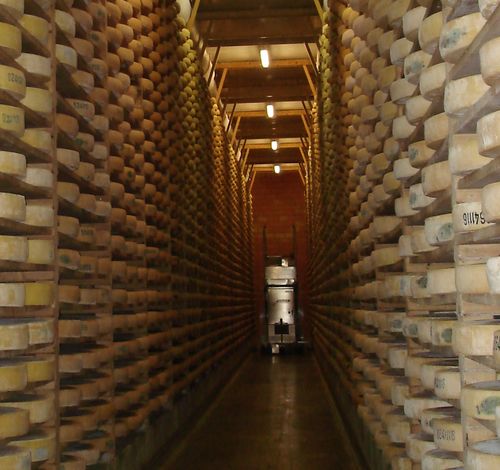 After more than one and half years in service, the R-417A proved its efficiency by being able to maintain a controlled atmosphere in the conditioning and packaging roomspace of the 'Comté' cheese at the Juragruyère Cheese Dairy.

The conversion of other installations on the site is planned to reduce  production stops to a minimum and to comply with European Regulation 1005/2009 concerning R-22.