ETT considers Solstice® L41y as a replacement for R-410A

A leader in the heating, air conditioning and ventilation market, the R&D department at ETT is always looking for innovative solutions for its customers, as part of a responsible energy approach. 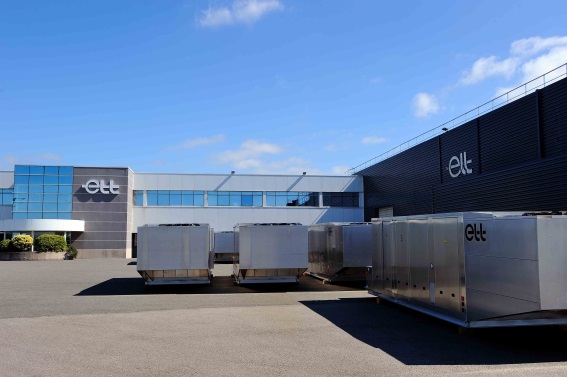 French manufacturer ETT is recognised as a specialist in custom design air handling systems with energy recovery, and the manufacturing of energy effcient heat pumps. Customer satisfaction is a priority for ETT.

Faced with F-Gas regulations and quota issues, the company is staying one step ahead, testing new refrigerants on the market to be able to support its customers, offering medium and long-term solutions for new and existing installations.  The introduction of new A2L or A3 molecules requires a specialist to update the design of their machines, to ensure they comply with ﬂammable product legislation. Tests are also carried out to understand the behaviour and performance of various refrigerants in their equipment.

ETT is performing tests in collaboration with Climalife and the manufacturer Honeywell, on a prototype with Solstice® L41y. The methodology used is described in this article.

In air/water applications, R-452B allows very quick replacement with reduced capital expenditure, which is not the case for air/air machines. In comparison to R-410A, the advantage of this refrigerant is that it uses the same compressor operating envelope. It also enables hot water to be produced at a low temperature, which is not possible with other refrigerants such as R-32.

In rooftop applications, the intrinsic behaviour of R-452B is similar to R-410A. As Mikael Le Borgne, R&D Director points out « R-452B has a similar level of performance and power, and is easy to integrate into existing products without making any major modifcations ».
Some other refrigerants are also being tested in parallel on different applications, with ETT investigating all so that they can offer the best solutions. In conclusion, Mikael Le Borgne emphasises how, «  [we are] waiting for approval from compressor and part manufacturers so that we can finalise our equipment and then we will be fully prepared for the future ». 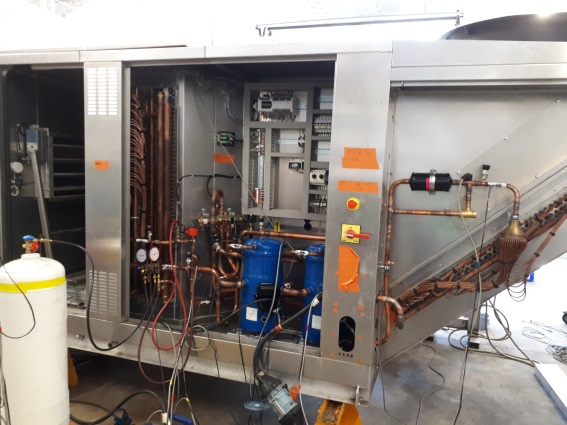 ETT modifed one of their prototypes to perform tests with R-452B. The modification involved changing the tandem compressor for one approved for use with the new refrigerant Solstice® L41y. The aim was to compare the behaviour of R-452B with the current refrigerant, R-410A. The tests were carried out in the climatic chamber. Probes were installed on the machine to measure the temperature and/or pressure at different points (eg compressor discharge/suction, liquid exiting the condenser). Air temperature sensors were also positioned at the coil entry and exit points and next to the machine’s fans. The load for R-452B and R-410A was 20 kg. This provided the following operating conditions:

The prototype was tested in air conditioning mode and heating mode at full load and then at partial load.

Results of the tests

The machine operated normally during all the tests carried out and in all modes (heating or air conditioning). Condensing and evaporating temperatures were almost identical to those recorded for a machine using R-410A refrigerant. Oil return to the compressors occured without any problems. A partial reduction in the oil level was noticeable when starting up both compressors but the oil then returned rapidly to the compressors. Defrosting was fast and trouble free.

In full air conditioning mode, the oil level remained constant in the compressors. Performance is similar between R-410A and R-452B.

It is intended as a replacement for R-410A in applications such as chillers but can also be used by heat pump and air conditioning manufacturers.
With a similar efficiency and condensing capacity to R-410A, R-452B allows OEMs to quickly transition their R-410A equipment to a lower GWP product while minimising re-design costs and capital expenditure

A short overview of ETT

Created in 1979, ETT is an industrial manufacturing company specialising in heat transfer, producing aluminium equipment in France. Located in Ploudalmézeau, in Brittany, on an ISO 9001 and ISO 14001-certifed industrial site covering 18,000 sq. m, the company has experienced significant growth, with innovation at the heart of its strategy.
ETT’s other great strength is its customer service, with a dedicated team of approximately fifty employees who coordinate all aspects of the various projects. The team is active in the fields of wholesale, specialist retail, service industries, industry, cinemas,  leisure centres and swimming pools primarily in Europe with an increasing number of international projects. The company oﬀers a wide range of products, from standard machines such as Rooftop represents 40% of its business–to air handling equipment from 20 to 250 kW and custom-built machines. The requirements for saving energy, ensuring customer comfort and guaranteeing machinery remain.