Feedback on the R448A system at France's CRVC cooperative, producer of Castelnau champagne 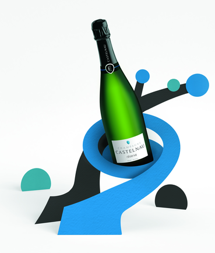 Switching to a « green » refrigerant in the disgorging pool prompts the installation of a new cooling unit.

In its efforts to identify eco-friendly solutions, the quality department at France’s Regional Champagne Cooperative (CRVC) continued in 2015 with its meticulous analysis of all of its processes, the aim being to replace any substances harmful to the environment.  In addition to the solvents used in its ink-jet machines, which are due to be reviewed, a significant investment was made in changing the brine solution, the heat transfer fluid used in the cooperative’s disgorging pool. 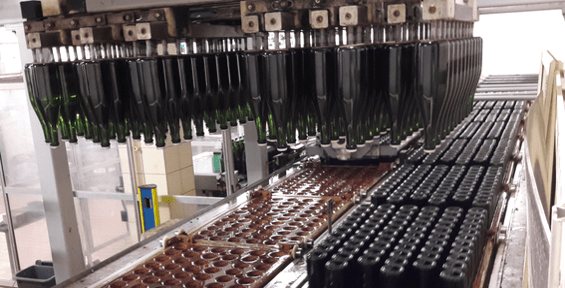 The disgorging process is a specific, essential stage in champagne production. It involves removing the deposits that have collected in the neck of a bottle following the riddling phase (when the bottles are gently shaken and turned). The cooperative disgorges 8,000 bottles per hour. After careful consideration, the CRVC opted for Green Ice®, developed by a company called Champagel, to freeze the necks of its bottles.  This is a 100% organic solution based on Propanediol 1.3 and corrosion inhibitors.

Once the  Green Ice® solution was introduced, «the heat exchanger in the R404A cooling unit didn’t have enough pinch to reach temperatures as low as with brine, » explained François Royer, CRVC’s Safety and General Services Manager.

R-448A is attractive with its thermal exchange performance

Faced with insufficient cooling capacity, GAYET, a regional leader in climatic engineering for over 40 years, suggested two possible alternatives to solve the problem. The first solution of CO2 was ruled out mainly for budgetary reasons, but also due to some safety questions and the lack of available feedback. « Our system is installed in the centre of our premises where some of our employees work. We wouldn't object to this technology if it were outside, but our primary concern is safety, » Royer emphasised. The second solution was to purchase a condensing unit designed by the German manufacturer TEKO, known for its expertise in industrial environments. The system has a Bitzer screw compressor and floating HP control to optimise energy use. Solstice® N40 (R-448A) was chosen for its performance at low temperature and its low GWP. « The disgorging tank is central to the champagne production process. It was important to have a reliable tool given our customer’s needs. R448A refrigerant is based on tried and tested technology, which is safe to use and meets the latest regulatory requirements, » said Pierre Denault, Maintenance Department Manager at Gayet. The new refrigerant was introduced almost two years ago and everyone is delighted. « We’ve increased our productivity and the new cooling unit uses less energy than the previous one, » Royer added. 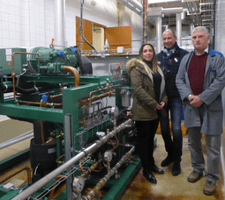 Founded in 1962, the CRVC offers its members a wide range of custom services, from vineyard operations to the shipment of labelled bottles. Castelnau has been the cooperative’s flagship brand since 2003.  Based in the centre of Reims, the CRVC has made constant new investments over the years. Today, the fermenting room has a capacity of 123,000 hl and the cellars can hold up to 29 million bottles. The cooperative currently has 83 employees and its turnover in 2016 was €51 million. As it is IFS/BRC-certified, it can guarantee the quality of the products it distributes throughout Europe and can ensure optimal food safety standards to protect consumers and meet their needs.