One key objective: to offer "Made in France" equipment using a very low GWP refrigerant for years to come. 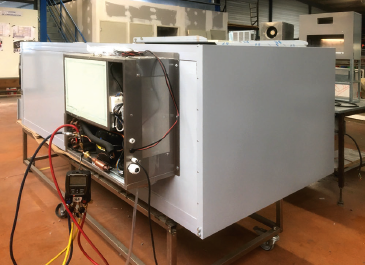 Created in 1995 in Givors, the company Frima Concept specialises in the manufacture of refrigeration equipment in various fields such as the funeral industry, the food industry, refrigerated drinks and equipment for communities. This company controls from start to finish the products it markets. It ensures the design, production, marketing, installation and after-sales service thanks to a network of more than 200 qualified refrigeration specialists throughout France. Frima Concept employs 38 employees and achieved a turnover of €7.6 million in 2019.

Taking into account the low cooling power required (from 50W to 1kW), Frima Concept only designs equipment using hermetic compressor technology and capillary expansion. This also facilitates the mass production within their factory. 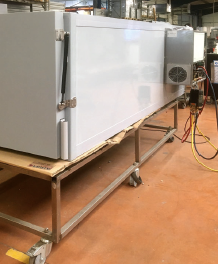 Due to F-Gas and the arrival of the new mildly flammable or even highly flammable refrigerants, this manufacturer is reviewing its global approach both in the organisation of its production workshop and in the design of their equipment. 2020 is a year dedicated to the testing and certification of solutions for the years to come. Frima Concept is currently studying Solstice® L40X (R-455A) for its funeral refrigeration equipment, which represents 50% of its activity.

« The Solstice® L40X solution has the advantage of being a refrigerant with a GWP of less than 150 that can be used for both low and medium temperature refrigeration, which is the objective of the tests we are carrying out. It will allow us to have a single charging station for all our refrigeration equipment in the future » explains Frédéric Collado, Development Manager at Frima Concept.

Initial results showed a lower R-455A load was required compared to when using the current refrigerants. As far as performance is concerned, tests in climatic chambers (+35°C to +40°C) are awaited to find out whether it will be necessary to make any design modifications, particularly in terms of the expansion device. 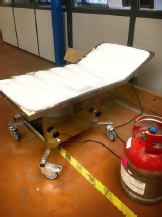 With a GWP of 146, the ASHRAE classification of R-455A refrigerant is one of the best replacements for R-404A available on the market. Solstice® L40X combines performance and equipment such as funeral caskets, body tables, with hermetically sealed systems.

Its flammability range is extremely low (1.1% by volume in air), which makes it much less flammable than other products on the market and it is « a product that is easy to use without the need for additional training to handle » as Frédéric Collado, Development Manager at Frima Concept, points out.

From left to right :