Greenway® Neo N, chosen for its safety and performance in two large cheese factories in Spain

The company Técnicas y Aplicaciones Frigoríficas Salmantinas doubly relies on the heat transfer fluid formulated by Climalife for its 100% vegetable origin, its biodegradability and its NSF HT1 certification.

For 14 years, Técnicas y Aplicaciones Frigoríficas Salmantinas S.L. (Tafrisa) has been recognised in the Spanish market as a professional, competitive and quality company. It carefully examines the needs of its customers and selects the right equipment and products to achieve the best performance in refrigeration installations. 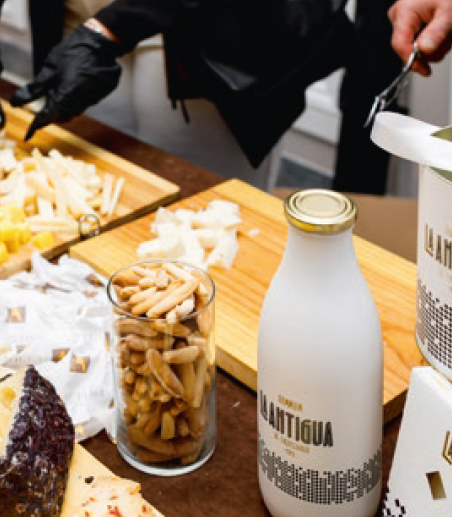 Tafrisa specialises in industrial refrigeration in the food industry, with its main activities in abattoirs, meat preparation facilities, fruit and vegetables, as well as temperature and humidity control in the drying and maturing processes of hams, sausages and cheeses.

Two of Tafrisa’s customers "Valle San Juan" and "La Antigua", are both sheep cheese dairies that have seen considerable growth in recent years and needed to adapt their cooling facilities. "These cheese dairies have grown considerably in a short time, introducing new technologies but with independent refrigeration equipment. Their respective project was to reorganise their entire refrigeration production with a future-proof installation".

The installer studied the transformation plans for each of the cheese dairies, with the new equipment to be built. The decision was taken to install an indirect ammonia system with a traditional MPG heat transfer fluid. The difficult economic situation however meant that there were issues with availability from the monopropylene glycol supplier and sharp rising MPG prices.

This is when Climalife introduced the bio-based alternative Greenway® NeoN, with its new NSF HT1 formula. 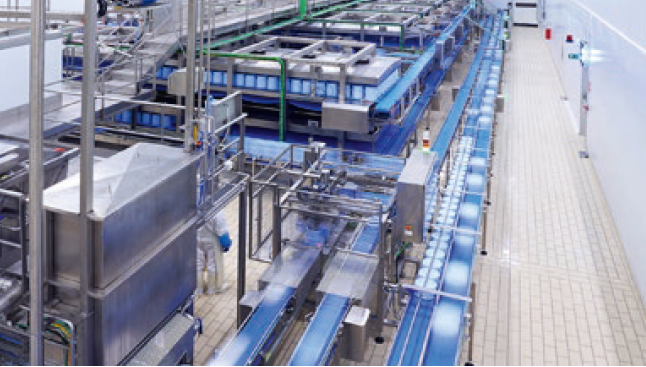 "When we studied the technical characteristics of Greenway® Neo N and saw that it was about 10% more efficient according to our calculations, we had no doubt. The fact that Greenway® Neo N is NSF HT1 registered and that it is biodegradable confirmed our decision. Moreover, it is a sensible choice for any company concerned about the environment". explains Javier Sánchez,
industrial engineer at Tafrisa.

Another proven quality of the heat transfer fluid is its durability. Tafrisa had the Greenway® Neo N analysed to check its condition as part of the maintenance of the Valle San Juan cheese factory. The Climalife laboratory carried out this service and the analysis confirmed that "the heat transfer fluid was in perfect condition. There was no degradation of the Greenway® Neo N, no damage to the pipes, we saw no dirt, no oxidation or corrosion", says Rufino Fuentes, Head of Tafrisa.

One installation instead of multiple systems

The two ammonia plants supply several dryers, ripening and storage rooms with Greenway® Neo N heat transfer fluid to regulate both the temperature around +8°C, and the relative humidity. Lower set points must be achieved in the fresh product dryers than in the ripening rooms, which is essential in the initial phase of cheese production to control product shrinkage.

The difference between the two installations, apart from the net volume (see table below), is that "La Antigua" has installed a controlled ice maker and ice reserve that supplies the plant with cold water at +1.5°C every day of production. The ice generator is equipped with a coil regulated with Greenway® Neo N heat transfer fluid at -8°C, which contributes to the general economy of the installation in two ways: 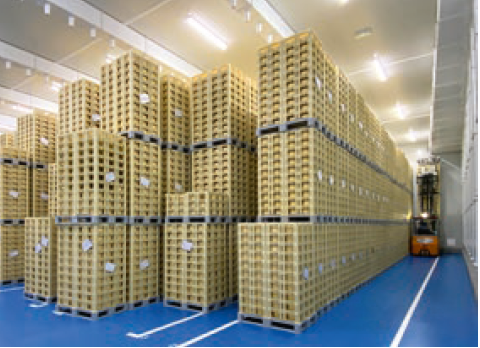 An innovative system of uniform air diffusion has also been installed in the ripening chambers in order to have a more homogeneous circulation with a constant back and forth movement that evens out the shrinkage of all products. This is essential for both cheese dairies.

The projects are not yet finalised, but both cheese factories are already confident in their choice and will continue to develop with Greenway® Neo N installations to produce thousands of tonnes of raw sheep's milk cheese. In conclusion, the director of Tafrisa is satisfied with the systems in place 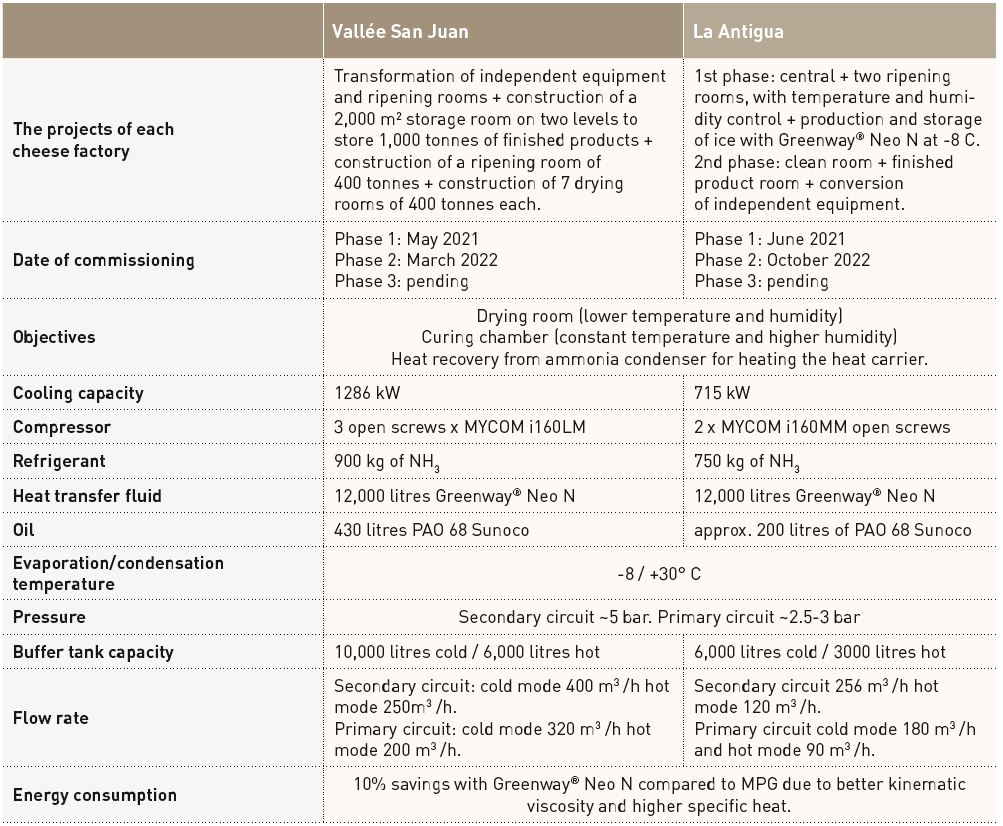