RCI obtains immediate and impressive savings for Comerándalus (ArteOliva), thanks to the high specific heat of Climalife’s heat transfer fluid.

Five years ago, Manuel Conde created the Industrial Refrigeration division of RCIndustrial (RCI), a Spanish engineering firm, able to respond to the needs of customers in this field.

RCI had already redesigned the installations at Comerándalus to achieve optimal performance during the cooking, packaging and chilled storage of traditional Spanish sauces and soup. Products such as gazpacho, salmorejo, aioli and tumaca, and even custom made products which are exported to 82 countries.

A challenge : new temperature values for a new production process

A new challenge arose: to prepare an unpasteurised organic gazpacho, for the “Bio ArteOliva” brand, packaged and refrigerated for a short shelf life. The installation’s monopropylene glycol could not bring the temperature of the soup down from 55°C to 5°C.  At best, it reached 15°C, which meant that the gazpacho had to go through the cooling circuit several times.

« The heat transfer fluid remained too warm and the heat exchange process did not cool the product enough to let us package it » explains Manuel Conde. Antonio Muñoz, Production Director at Comerándalus (ArteOliva), adds: « The days were getting longer and longer, and a lot of working hours were lost. »

Manuel Conde then designed and built a new tank specially for ArteOliva, which was four times larger than the previous one. This tank is equipped with an ingenious circulation management system, « that brings up warm glycol and pushes down cold glycol thanks to a set of valves. We thereby struck a balance between the machines and the production requirements but we could not go any further as the chiller, a Keyter WT 3485 R compact with a 300KW (net) air condenser, would have stopped working ». 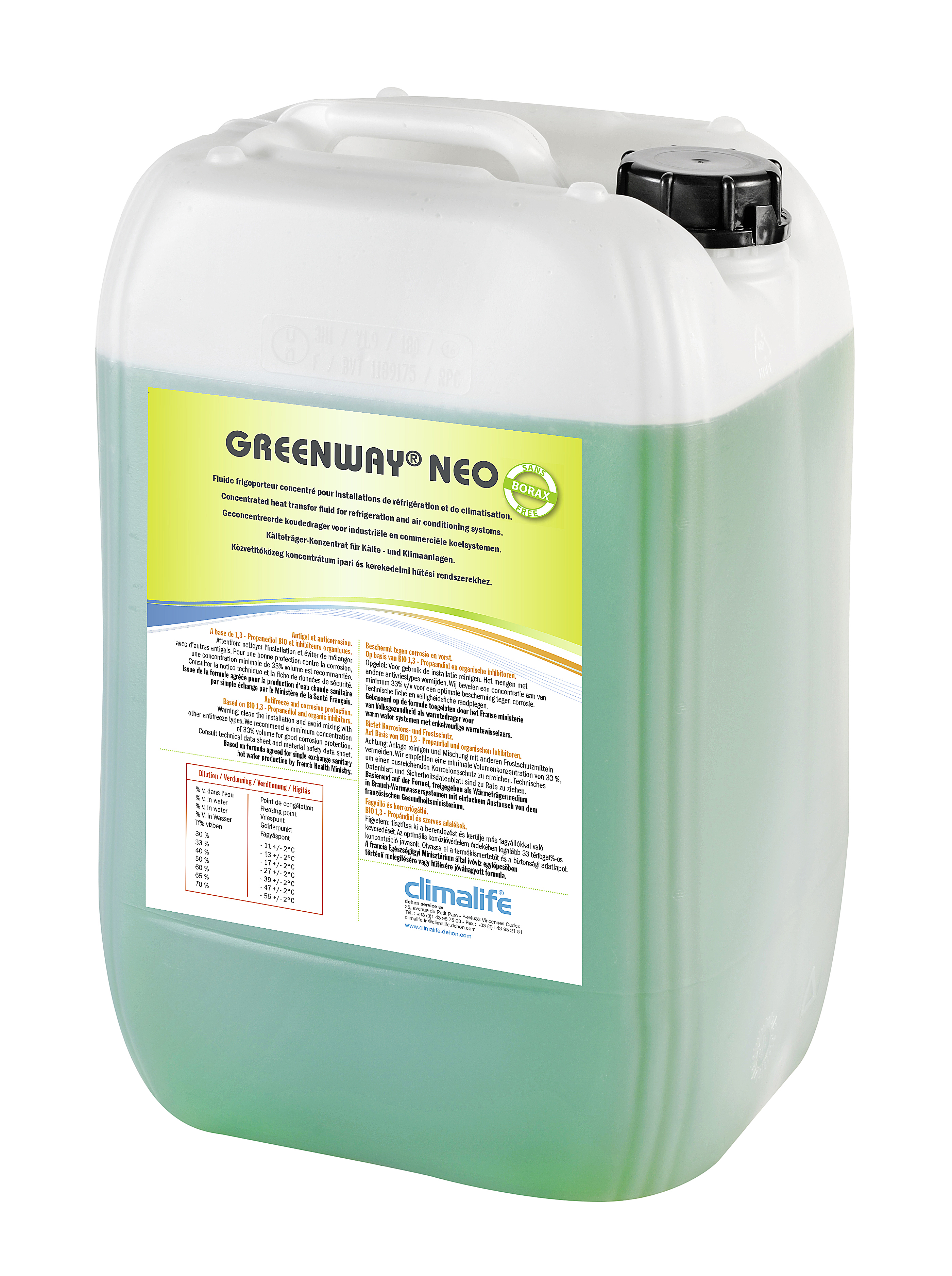 It was at this point that Climalife proposed Greenway Neo®, which would meet the needs of RCI's project : « As we were about to use the conventional, petroleum-based fluid, monopropylene glycol (MPG), the Climalife salesperson responsible for the south of Spain and Portugal, José Manuel Arcos, told me about Greenway® Neo. He showed me the product’s technical characteristics and I realised that Climalife had an exceptional heat transfer fluid, » the installer explains.

RCIndustrial and Comerándalus filled the new tank with Greenway® Neo, confident that they would not have to interrupt the production of other sauces and that they could count on a small additional reservoir containing 5,000 litres of MPG.

Everything was ready in under three days. Manuel Conde explains : « On the first day, we poured 8,000 litres of Greenway ®Neo, with a concentration of 35%, into the 20,000-litre tank and brought the temperature down to -9°C ».

Passed the test with flying colours

« On the second day, we carried out an extreme test: we increased the water temperature to 98°C (instead of the gazpacho to 55°C) and noticed that the Greenway® Neo fluid came back 10°C colder than the previous MPG-based heat transfer fluid in the circuit ». 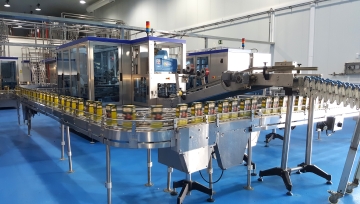 On the third day, Comerándalus started production of the new unpasteurised organic gazpacho. Thanks to the thermal conductivity of Greenway® Neo, we managed to bring the temperature down from 55°C to the required 5°C in no more than 10 minutes. RCIndustrial Refrigeration Director and Comerándalus management described the result as « impressive ».

« We still had to adjust the output temperature of the heat transfer fluid as the carton would not close because the gazpacho was so cold when it was filled. The liquid cooler now operates at less than half its capacity », Manuel Conde concludes.

Savings at every level

This heat transfer fluid provides quantifiable savings both in terms of the energy bill and the time spent by the Comerándalus teams, because the refrigeration production process is now shorter.

It is also worth noting that the principles of Greenway® Neo are consistent with the ethical and environmental commitments championed by ArteOliva and RCIndustrial. Greenway® Neo is not a petroleum-based fluid, like traditional glycols. It is plant-based and the anti-corrosion technology used in its formulation does not contain any toxic elements. It is also bacteriostatic and to ensure an even more eco-friendly footprint, it biodegrades in less than one month.

The whole range of sauces and soup made by Comerándalus is now produced with Greenway® Neo. Manuel Conde concludes : « The results exceeded our expectations and those of the production team. The characteristics of Greenway ® Neo are true: we have seen that it is far better than any other glycol. Without any doubt, it is the best heat transfer fluid currently on the market ».