Hot stuff! R-455A at Vauconsant for a tailored approach to meals from September

In preparation for the ban on the use of refrigerants with a GWP >150 by 1st January, 2022, the R&D department has approved the use of Solstice® L40X for all its food distribution equipment. 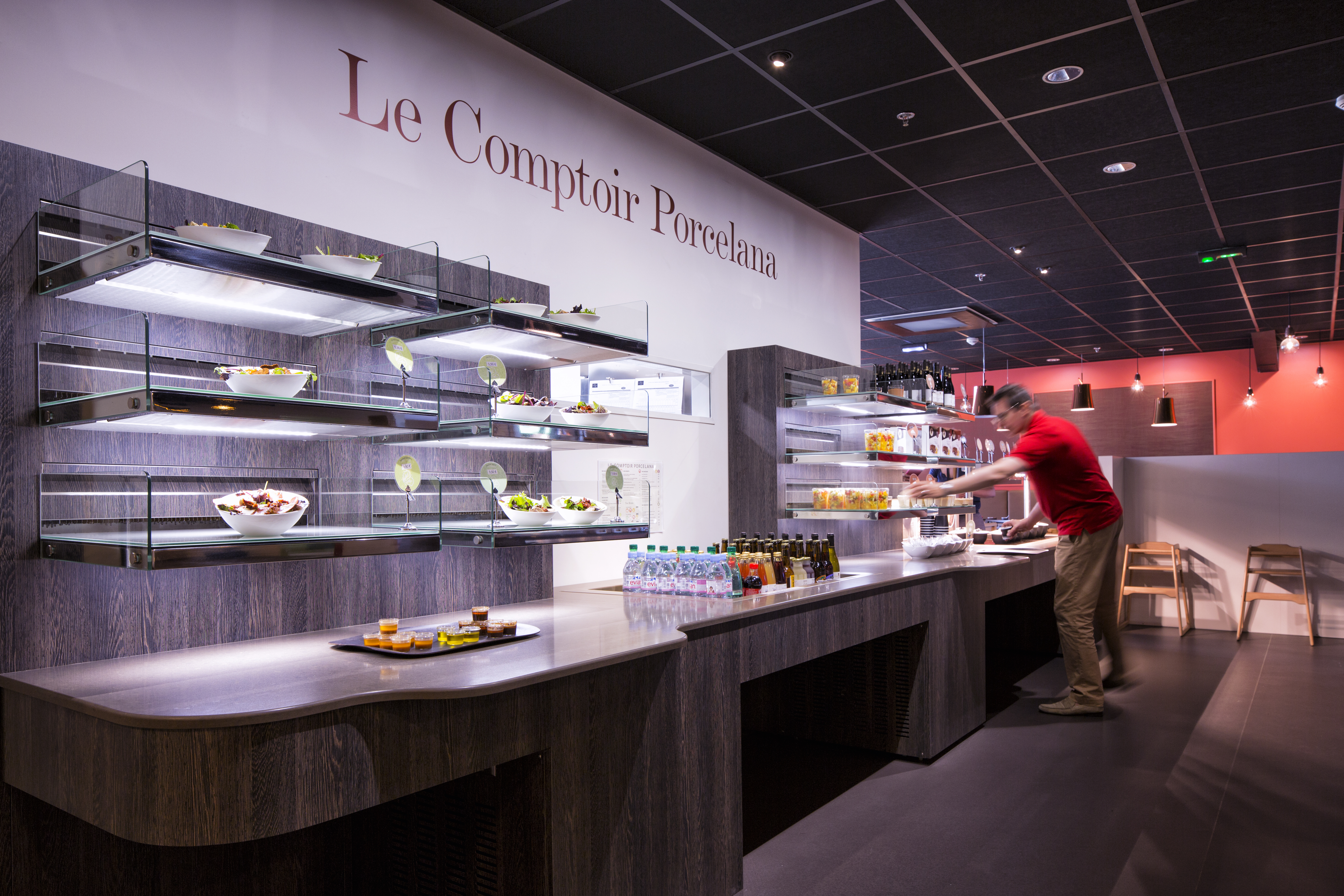 Vauconsant has been designing and manufacturing equipment for maintaining food temperature in catering outlets for the best part of a century. The manufacturer meets the expectations of prestigious 5-star catering customers such as large restaurants and luxury hotels, and satisfies the demands of mass catering in public establishments, schools, ferries and military buildings.

Having been part of the French Matfer Bourgeat group since 2011, the synergy between the group’s entities en­ables it to offer all products dedicated to fully equipping large restaurants (except for cooking products).

With a turnover of 15 million euros in 2020, its reputa­tion in the French marketplace and Benelux countries is well established. Vauconsant has 130 employees, includ­ing a well-regarded team of engineers and refrigeration technicians.

The manufacturer is developing its know-how in the field of stainless steel and joinery with an ultra-modern machine facility situated on a 7500 m2 site. This factory is equipped with its own test laboratory, designs and manufactures equipment for more than 1,500 projects every year.

Staying ahead of F-Gas regulations

Environmental responsibility and innovation are an inte­gral part of the group’s strategy. Constantly monitoring the market, the manufacturer is always on the lookout for a refrigerant that could meet future regulations and be suitable for its equipment.

The manufacturer has been studying long-term refriger­ant options, so that it can be ready for the 1st January 2022 deadline and has been using R-452A to replace R-404A as an interim solution.

Hydrocarbons such as propane are quickly being re­moved from the specification due to the charge limit of 150g per system.

Having been approached by Climalife in 2017, experts began the widespread intro­duction of R-455A; an A2L fluid, explaining the challenges of this new classification and technology. Vauconsant then became interested in the thermodynamic charac­teristics of this refrigerant, and quickly realised that this HFO blend was likely to meet its expectations. In April 2018, the manufacturer launched a prototype in its test laboratory. Vauconsant; in partnership with compressor manufacturer Tecumseh, tested a standard chiller model and ana­lysed its performance over a three-year period considering longevity and wear of components, motor bearings, oil, etc., to assess its reliability and compatibility.

To comply with CE certification and pre­vent potential risks, the company wants to market its equipment using components that are 100% approved for R-455A by the manufacturers.

In parallel, Vauconsant is planning ahead and implementing a system for charging A2L classified refrigerants in its factory. Although it is considered a mildly flam­mable refrigerant, safety protocol has been defined for charging the new refrigerant.

Patrice Antoine, Technical Manager at VAUCONSANT explains: “An ATEX zone has been developed to enable R-455A cylin­der charging from the end of July. An area of the workshop will be marked out with ventilation outlets to keep the gas at ground level in case of a leak, so that it can be easily evacuated. Installed leak detectors will operate at vari­ous levels, depending on the degree of urgency, to alert us accordingly.”

No additional restrictions have been established for the plant. Internal training for the safety department and refrigeration workers has been scheduled to ed­ucate and raise awareness of rules governing the correct use of this type of refrigerant.

R-455A: the fluid of the future for all Matfer Bourgeat Group subsidiaries

The manufacturer is pleased with the refrigerant’s low flammability, which allows refrigeration technicians to work under the same conditions as before and to handle it without problems. Its very low flammability excludes the risk of explosion, whether in storage at the factory or at the end customer’s premises. R-455A will be the standard specification from September 2021 for all custom-made equipment with charges of up to 2.5 kg per system.

PI Création; is a manufacturer of made-to-measure equipment for very high-end kitchens that belongs to the same group. It has also decided to switch its entire range over to this new A2L refrigerant soon. 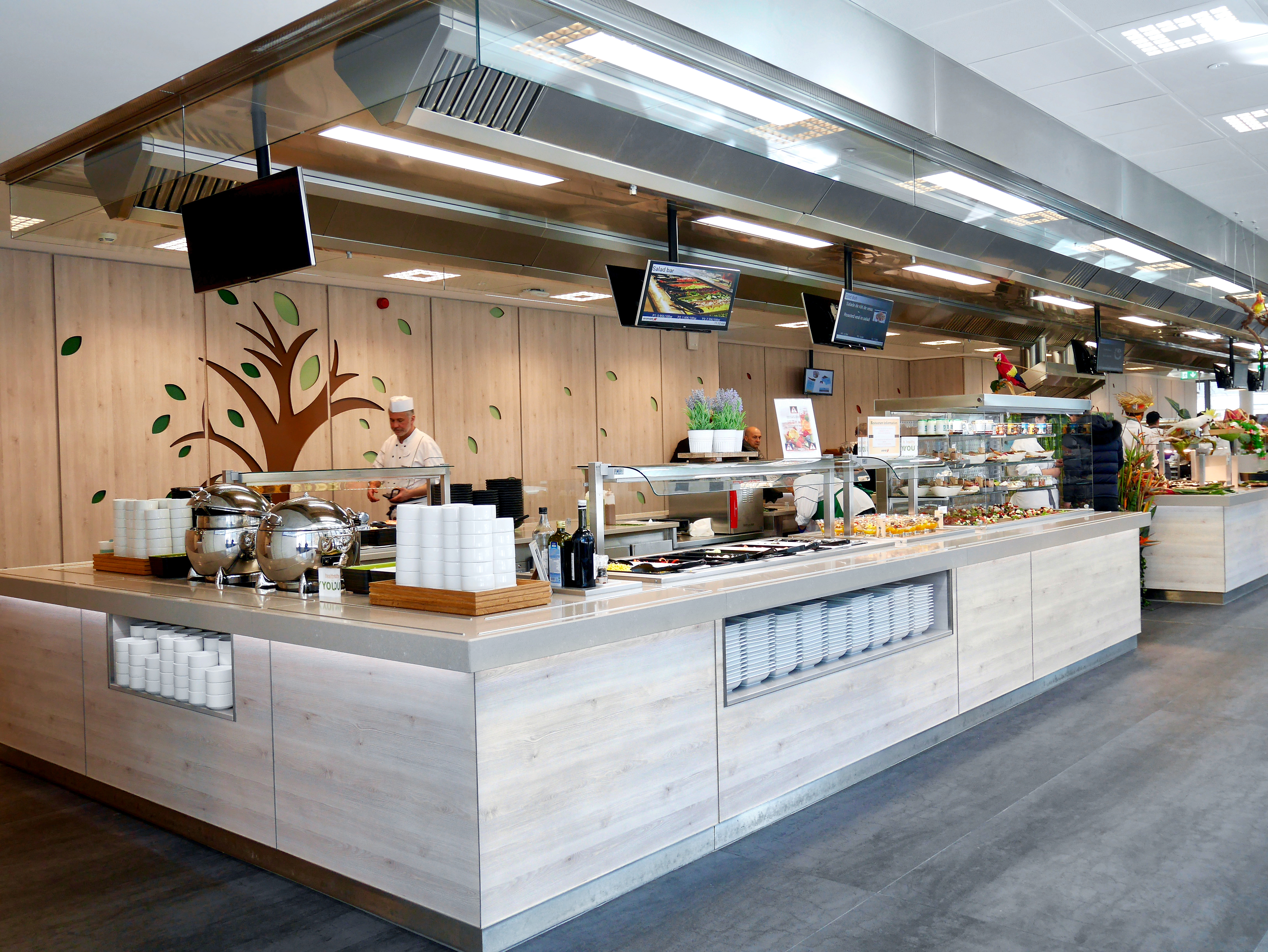 The manufacturer believes that the results obtained are more than satisfactory.”By changing the refriger­ant, we were worried about temperature glide, because between R-452A and R-455A we went from 4°C to 12°C*”, said Technical Manager, Patrice Antoine.

To cope with this, the manufacturer selected a new evaporator, but further tests revealed the results to be just as good with standard elements. A good su­perheat control is essential but sufficient, and an optimised refrigerant charge for the capillary expan­sion device is adequate on its own.

Characteristics of the refrigeration units used according to the project configuration:

In terms of system performance, better temperature regulation is observed. The compressor stops much less often, and there is more inertia at standstill. The fact that the temperature rises less quickly and the compressor restarts later even leads to significant energy savings.

“The performance aspect has been a pleasant surprise for us. It reinforces the commercial discussions that we held early on about man­aging this transition. We were hoping not to lose too much ground compared to what was or expected at the start. The results were even better than we had imagined for the client: it’s a bonus all the way!,” says Bertrand Dugardin.

All in all, it promises to be a smooth launch and commissioning. 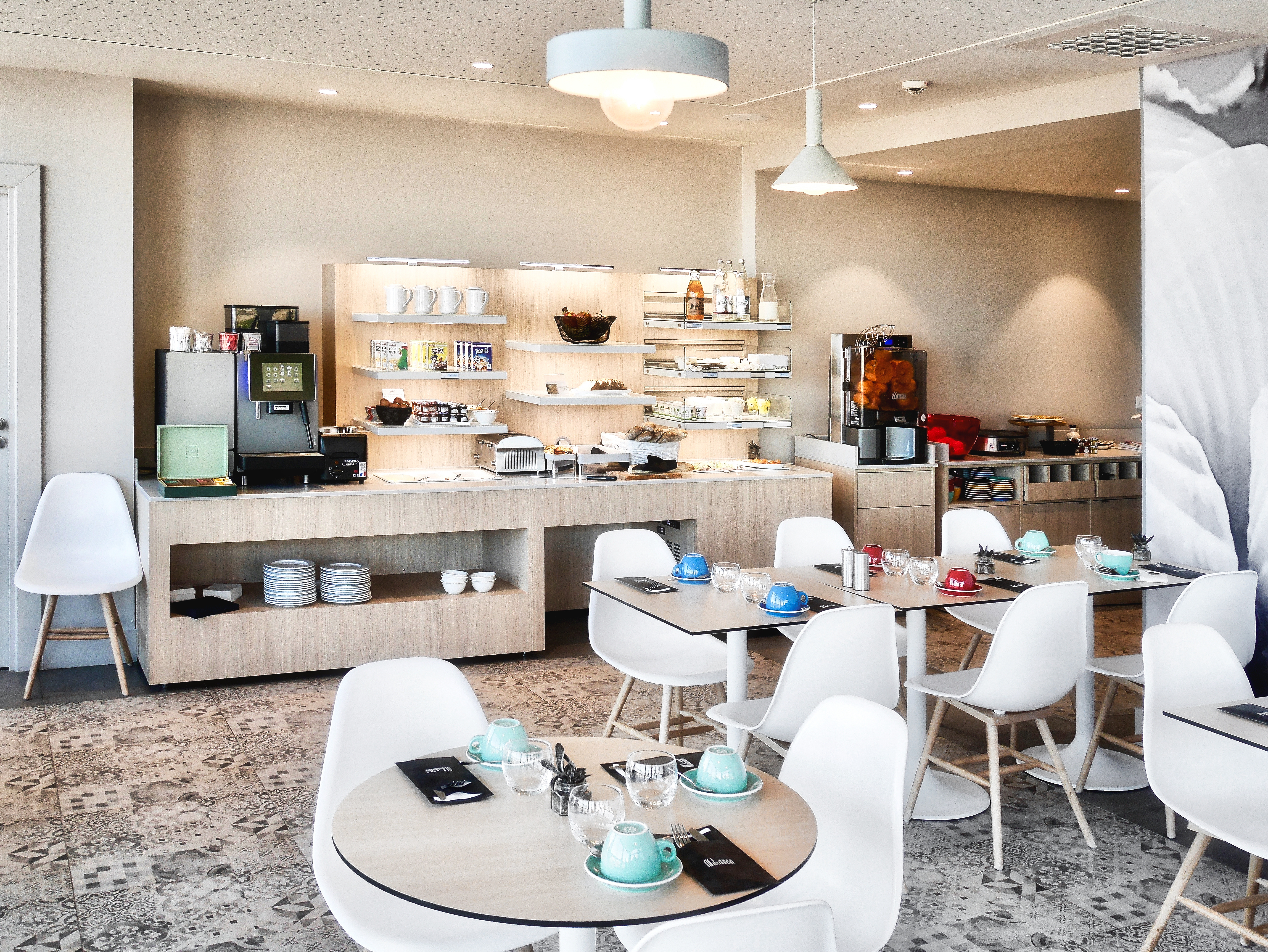 For Vauconsant, R-455A is undoubtedly integrated into the development of future equipment. A last ob­jective is to be able to use smaller cooling units to create even more design-oriented equipment.

“ Our transition has been guided by a reasonable decision that met regulatory requirements and ensured the safety of our employees, our customers and the end customer. ” 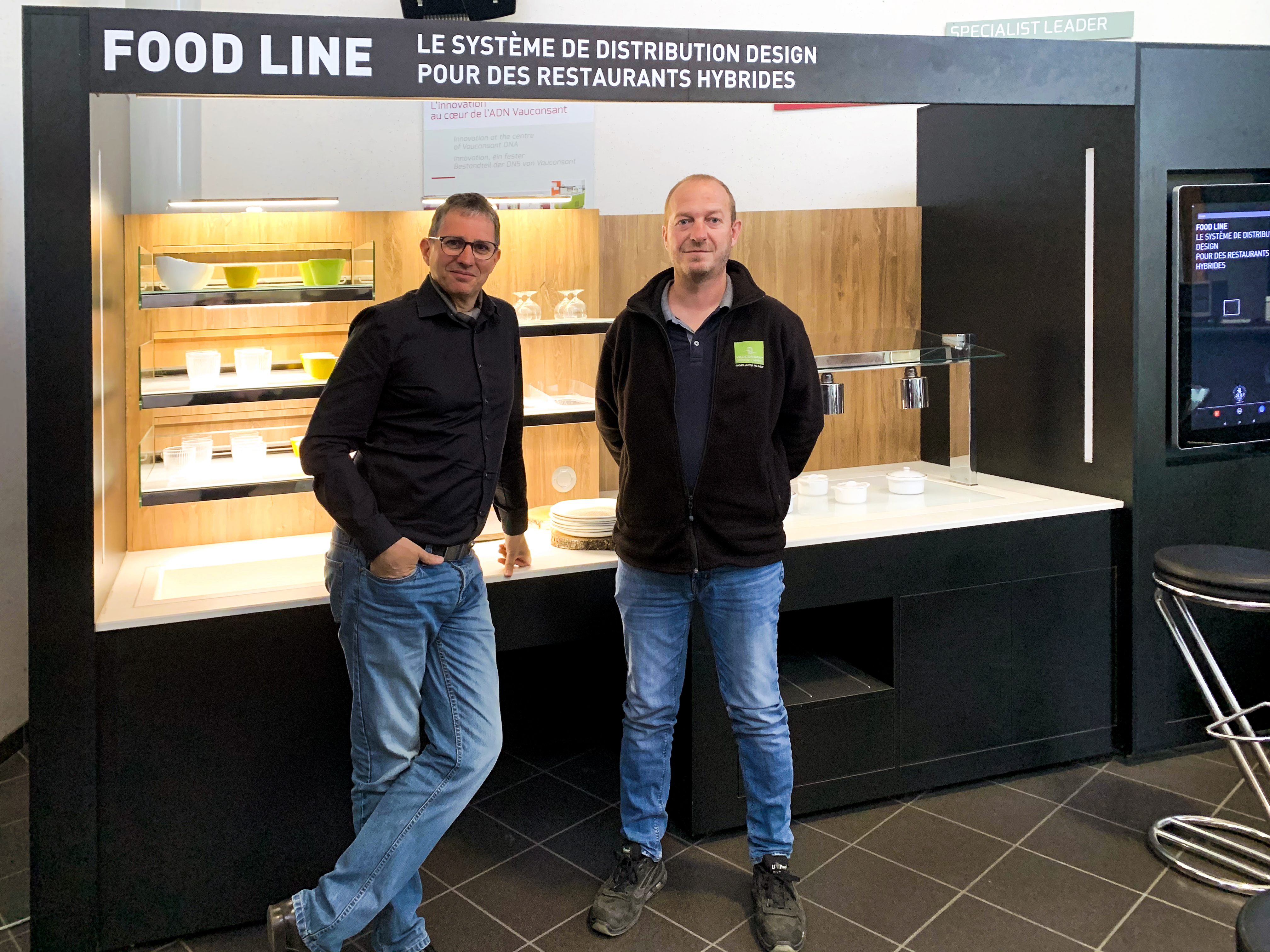