A low-GWP refrigerant is not the only factor that affects a system’s energy efficiency; replacing the system’s refrigeration oil is also beneficial.

When doing so, two characteristics have to be taken into account: the compatibility of the refrigerant / oil and maintaining or improving the system’s performance. Esso SAF, a subsidiary of the ExxonMobil Group, works on this challenge on a daily basis with Climalife and other refrigeration professionals. In this article we examine two procedures that are representative of the food production industry.

Aim: to save energy 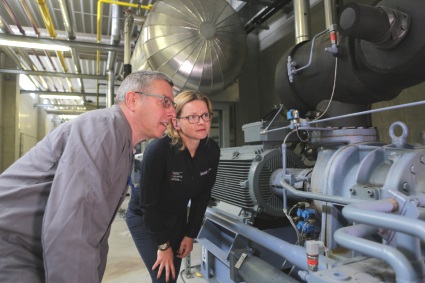 The challenge posed by this type of system is to ensure optimal lubrication in hot and cold conditions. For highly soluble refrigerants, such as R-744 or R-1234ze, Mobil has developed an advanced technology polyolester oil, Mobil SHC™ Gargoyle Arctic 80 POE, which has a higher viscosity index than conventional POEs to ensure optimal lubrication and a low traction coefficient (friction of molecules together), which is synonymous with a possible reduction in energy use.  The first stage of the conversion procedure is to check that the system’s current oil and the new Mobil oil are compatible on a physical-chemical level. 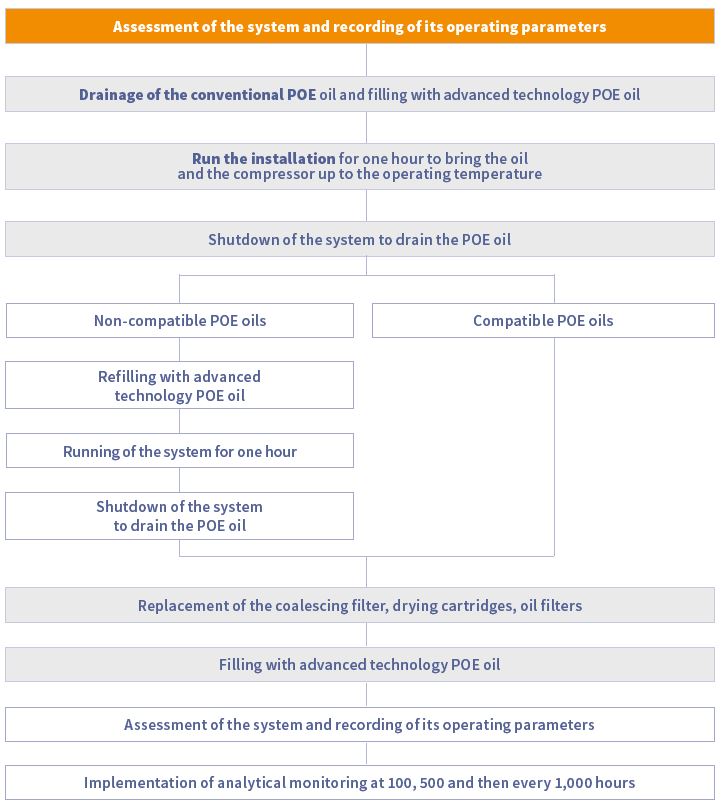 Aim: to improve the performance of the evaporators

Ammonia is a refrigerant that is commonly used in the food production industry. Historically, a large number of compressors contained mineral oil but a growing number use synthetic oils that perform better at a lower temperature as the oil is no longer trapped in the evaporators and can return easily to the compressor. In addition, the thermal stability and oxidation resistance of synthetic oils outperform those of mineral oils. This procedure is only possible with Mobil Gargoyle™ Arctic SHC NH 68 polyalphaolefin (PAO) synthetic oil and alkylbenzene (AB), which enable seals that were previously in contact with mineral oil to remain in place. 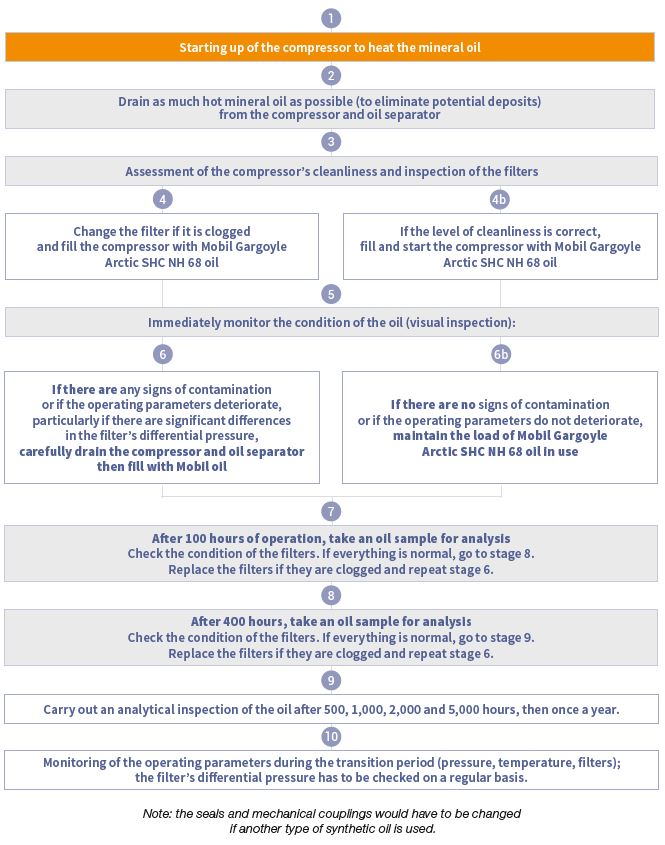 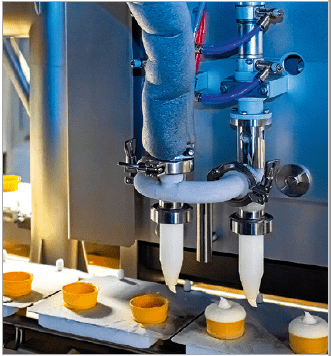 An ice-cream factory in Russia was operating refrigerant compressors lubricated with mineral oil. This system, which was subject to very low operating temperatures, had to be regularly topped up with mineral oil (up to 66 l/month for each unit with a capacity of 400 litres) and was affected by under-performance problems and oil-return difficulties as the oil remained trapped in the evaporators.
To ensure that the oil returns and to solve this problem, ExxonMobil’s engineers recommended the use of Mobil Gargoyle Arctic SHC NH 68 on the basis of its excellent fluidity when cold and specific formula that enables it to work with ammonia.

Using this oil brought about the following benefits :

It should be noted that when draining a clogged circuit and as a replacement for mineral oils, Mobil Gargoyle™ Arctic SHC NH 68 oil can darken and deposits can accumulate in the filters. These phenomena are normal and are due to the solvent power of certain types of synthetic oil. In the case of highly clogged systems, consult Climalife’s technical department.

A change of technology, which improves energy efficiency, should not be taken lightly. Each case is different and demands a customised application procedure that is adapted to the systems and refrigerants used. Mobil and Climalife can assist you with the preparation and implementation of your projects.  For your oil analyses, a periodic oil diagnostic test ("DPH A") will enable you to monitor the new technology with the support of an expert.

Mobil and other similar brands are registered trademarks that belong to Exxon Mobil Corporation or one of its subsidiaries.