Kigali amendment to the Montreal Protocol

In October 2016, the 28th Meeting of the Parties to the Montreal Protocol adopted the Kigali Amendment on hydrofluorocarbons (HFCs), which commits the world’s nations to significantly reduce consumption and production of HFCs.

The Kigali Amendment, which could avoid emissions of well over 70 billion tonnes carbon dioxide-equivalent (CO2e) by 2050, marks an historic achievement and brings significant impetus to the Paris Agreement.

114th countries ratified the Kigali amendment. This agreement will strengthen the objective of the Paris Agreement target that aims to keep global warming below 1.5°C to 2°C by 2100.

The Kigali Amendment, which entered into force on January 1, 2019, will significantly contribute to the goals contained in Article 2 of the Paris Agreement “to pursue efforts to limit the [average global] temperature increase to 1.5° Celsius” as well as directly supporting Decision 1/CP.21 seeking to enhance near-term mitigation.

All countries have committed to legally binding targets which mandate gradual reductions in HFC consumption and production, starting in 2019 for developed countries and 2024 for developing countries. The HFC reductions are measured on the basis of overall CO2 impact as HFCs have widely differing Global Warming Potentials (GWP).

-    The Kigali agreement - like F-Gas II, initiated by the European Union - includes the phase down of HFCs based on CO2 equivalence. 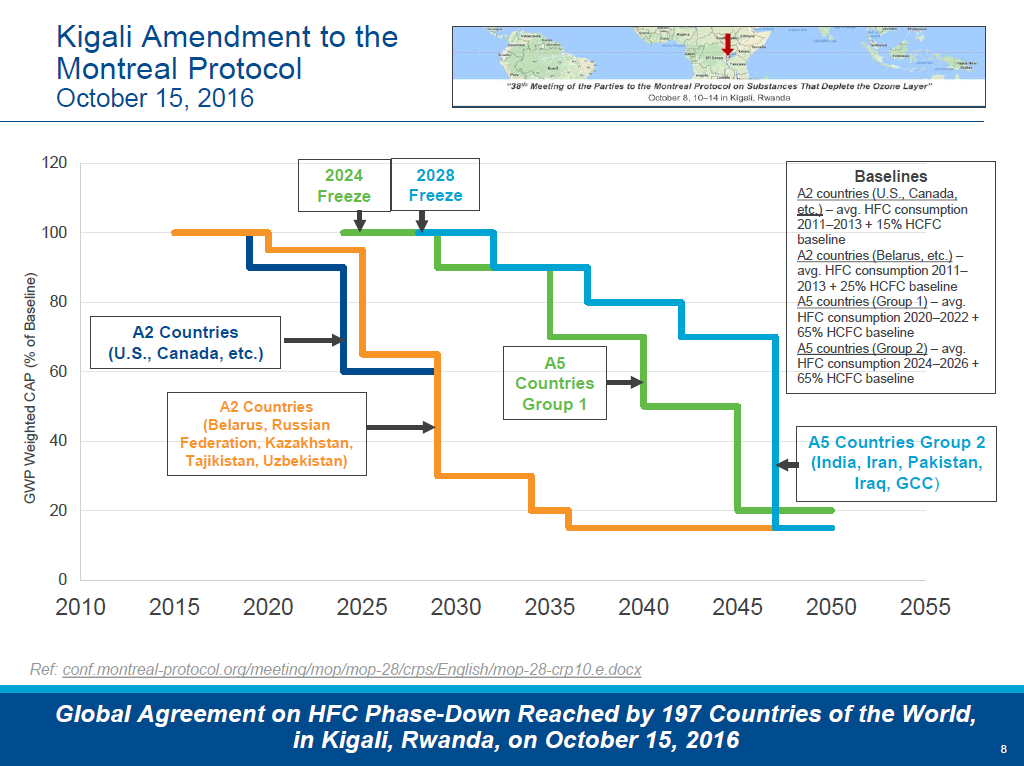 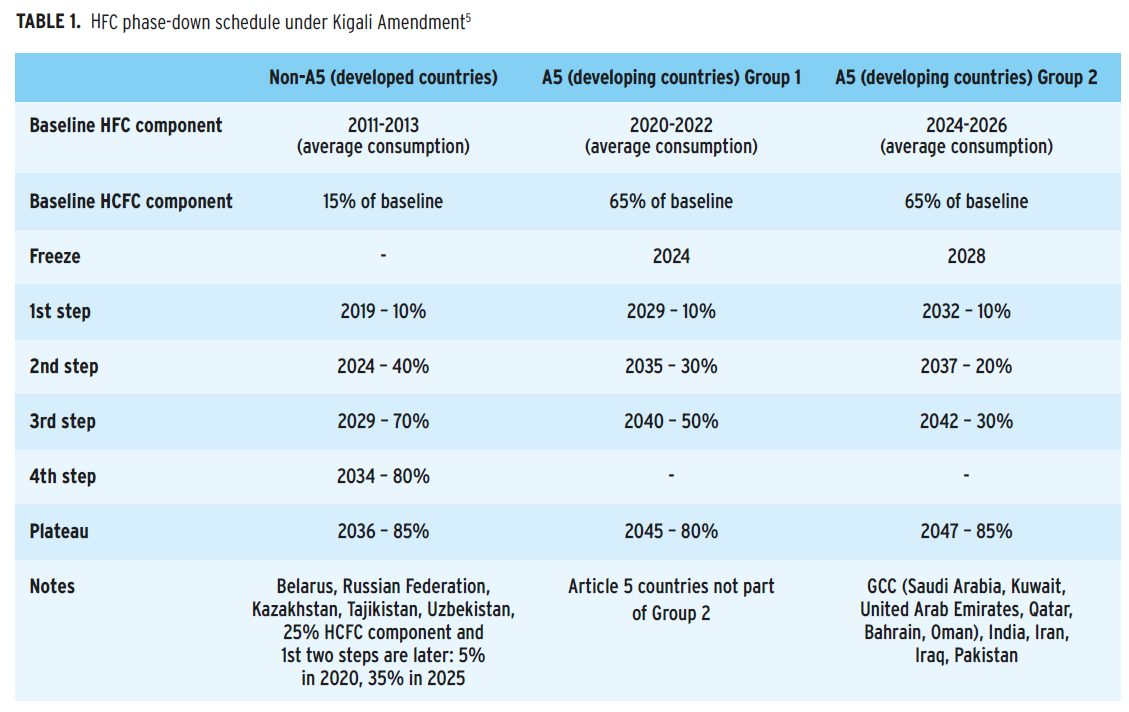 Source EIA Briefing to the COP22.