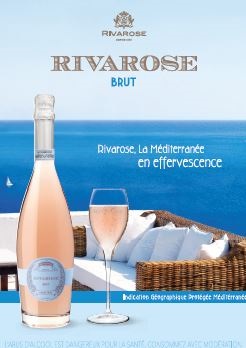 Smef Azur has chosen the new Greenway® Neo heat transfer fluid to control the fermentation temperature at Rivarose wines and to improve the energy efficiency of the production process.

Founded in 1909, Rivarose does not just sell sparkling wines. It also has a processing business that turns “still” wines into sparkling wines by adding sugars and yeasts, that ferment by producing carbon dioxide.

Depending on the desired result, Rivarose uses a traditional fermentation method in bottles or a faster method in vats.

Whatever the method used, temperature control is imperative.

When the processing of “still” wine is done in bottles, the disgorging step (removal of yeasts after fermentation) can be tricky. To ensure that it goes smoothly without too many losses, the yeasts are concentrated in the neck of the bottle, and the deposit is frozen at -20°C by immersing the neck of the bottle in a glycolated water bath. When the bottles are opened, the losses of wine and gas are smaller when the wine foams a little (at a low temperature). 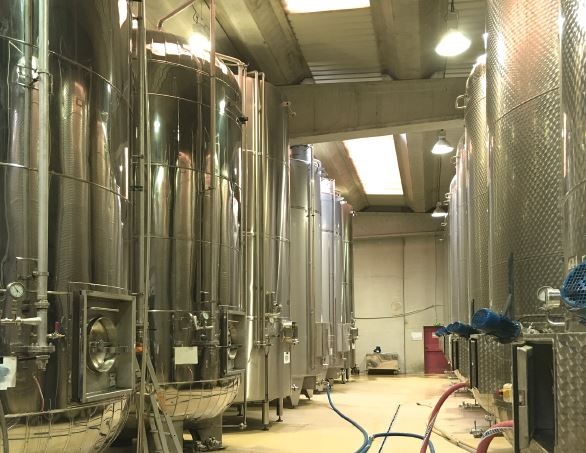 The method of fermentation in vats is much faster but also requires rigorous control of the wine’s temperature. Nicolas Quiles, Technical Director and Oenologist at Rivarose explains: « We use temperature to regulate the fermentation and lower the wine’s pressure during bottling. So, when the wine reaches the bottle, it does not produce foam. At room temperature, the slightest impurity would cause the wine to react and produce foam ».

The choice of heat-transfer fluid is strategic

In 2016, Rivarose chose to consolidate its two production plants on a single site located in Salonde-Provence. It called on SMEF AZUR, a thermal installation specialist, to review its cooling system to ensure the continuity of its process.

In its specifications, the company wished to continue to use monopropylene glycol heat-transfer fluid, one of the most commonly used fluids in the food production sector. SMEF AZUR contacted Josiane Marin, South East Key Accounts Manager at Climalife, who proposed a technological, eco-friendly alternative, Greenway® Neo.

After a thorough review of all of the technical characteristics of this new organically sourced 1,3-propanediol heat-transfer fluid, Jean-Pierre Leplatre, Technical Director of SMEF AZUR, advised his client to choose this new innovative, durable solution. « As an installer, we have a duty to advise. It is important for us to monitor the technical developments and recommend the best solution. At SMEF AZUR, innovation and protection of the environment is in our genes », explains the installer.

The low viscosity of Greenway® Neo is paying off

The Greenway® Neo fluid helps to conserve the environment and significantly reduces the energy consumption of the production site.

However, the viscosity of the heat-transfer fluid has a huge impact on the energy consumption of the system! For Nicolas Quiles, « this is clearly where the advantage of Greenway® Neo lies for Rivarose ».

The company initially had a 120 kW MTA refrigeration unit, which it planned to back up with a 200 kW unit to be able to handle the increased production at the Salon-de-Provence site.
The choice of the Greenway® Neo solution allows the refrigeration unit to be kept by simply improving the insulation of the pipes.. « The low viscosity of this heat-transfer fluid improves circulation in the exchangers. Changing the unit is therefore not necessary. A sale was lost, but it’s a win for the planet! » expliains Jean-Pierre Leplatre.

In the end, the switch from MPG to Greenway® Neo decreased pressure losses by 20% to 30% and reduces the energy consumption of all the equipment (pumps, etc.) by around 20%. 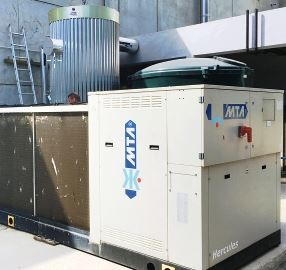 Ultimately, thanks to the effectiveness of Greenway® Neo, this unit will not need a secondary unit.

Fermentation during the manufacture of Greenway® Neo
The Greenway® Neo heat-transfer fluid has a unique composition based on Susterra® propanediol by DuPont Tate & Lyle Bio Products LLC.

Susterra® propanediol is derived from renewable agricultural resources through a fermentation process entirely in line with a sustainable development approach.

Rivarose is the oldest and largest sparkling wine house in Provence.

This independent company was bought out in 1998 by a family group from Burgundy: Veuve Ambal.

Located in Salon-de-Provence, in Bouches-du-Rhône, South of France, it employs 35 people and produces 5 million bottles of sparkling wines each year, including 3.5 million bottles after fermentation in vats. 15% of the production is exported to the United States.