How to optimise cold production in an efficient and sustainable way

Optinergie, an engineering office specialising in industrial energy performance, has been is carrying out measurement campaigns on the COFRA site between May and December 2020 at the request of Quercy Réfrigération. The objective has been to calculate the overall Energy Efficiency Ratio (EER) by finely analysing the operation of the installations through physical measurement and instrumentation.

The recordings were made on :

- the flow of glycol water,

Note : These installations are comparable because their regulation principle is similar. The chillers are equipped with electronic speed variators. Those with R-1234ze do not have an oil cooler.

Three of these chillers have R-1234ze as refrigerant, the fourth uses ammonia. 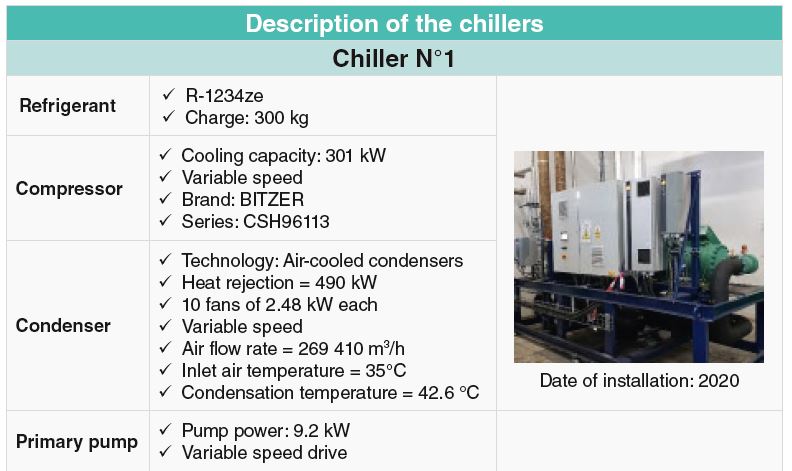 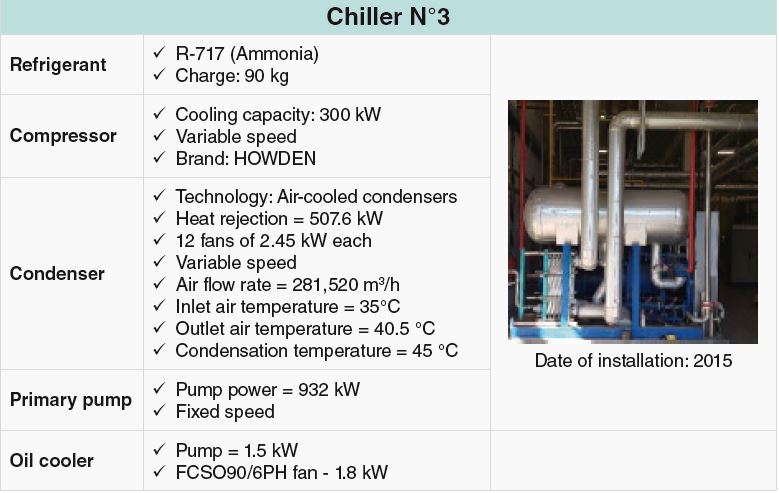 Measurement campaign from 13 to 27 May 2020 on chiller no. 1 containing ze with the Regandsy system inactive and chiller no. 3 containing NH3.  The EER of the NH3 chiller degrades faster when the outside temperature rises. The average EERs are : R-1234ze = 1.73; NH3 = 1.29, giving an average performance difference of 25%. 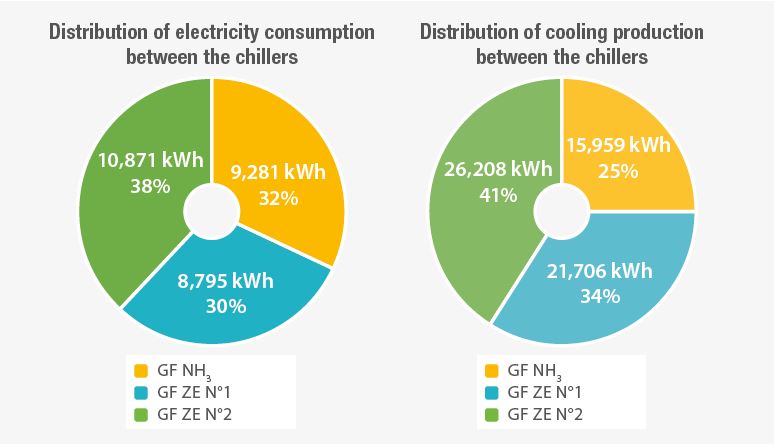 Please note : a third measurement campaign will be carried out at the end of 2020 to compare results with or without the Regandsy system over a longer period of time. The EER measured over the two days of operation with the Regandsy system was 2.95. 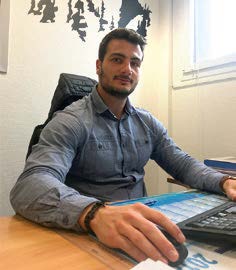 Would you like to find out more?  Read our case study.