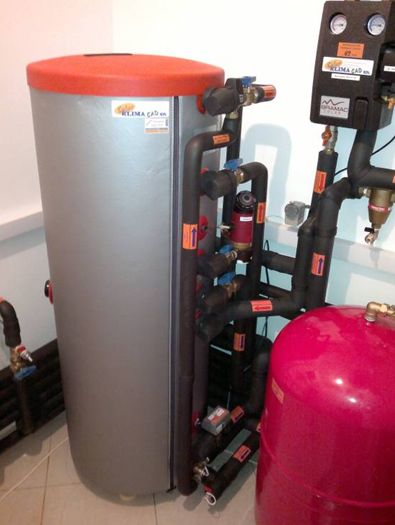 In response to various renewable energy initiatives, a growing number of Hungarian households have shifted to renewable water heating systems. Solar energy, that reduces ecological footprints, is a legitimate alternative to fossil fuels for both new and existing systems.

Solar Klíma Cad Kft sought the assistance of Climalife to help clean the inside of a Solar Thermal Water Heating (STWH) system that had been installed four years earlier. The company's director, Dezső Péter, has been designing, installing, repairing, and maintaining STWH systems and collector loops since 1995. His company is committed to promoting the use of heating and cooling systems that are economical, environmentally friendly, and energy efficient.

Péter has long been pleased with the products and services of Climalife Kft, which has gained 20 years of experience through its operations in Hungary. That's why he chose SolRnett®, the cleaning solution specially designed by Climalife R & D to flush sediment from flat-plate and evacuated-tube collectors.

SolRnett® dissolves and eliminates this sediment and any blockage formed by the breakdown of heat-transfer fluid, which may be due to the exposure of stagnant fluid-during prolonged shutdown-to excessively high temperatures. This leads to the build-up of sediment on the inner surface of conduits, and it can in turn cause reduced flow, clogging, or pump damage.

On-site inspection revealed poor sizing and installation of the system by the original designer as well as overheating of the unit. This resulted in the acidification of the heat-transfer fluid at temperatures above 180 °C and the start of sediment build-up in the collector loop. Consequently, various components, including the air vents and mixing valves, stopped working which meant poor, inefficient functioning of the system. To make matters worse, essential annual maintenance was never performed on the four-year-old unit. The solar collector unit consists of 260 evacuated tubes linked to a 1,000L buffer tank for heating and a 200L tank for hot sanitary water. 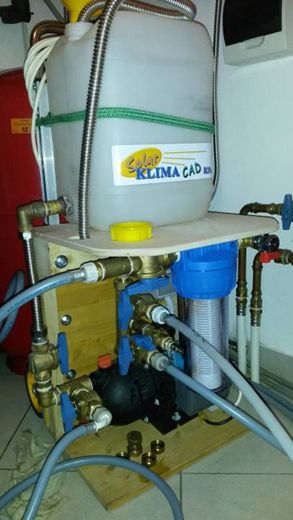 Following inspection, the system was drained of the contaminated, sediment-laden monopropylene glycol, and certain components had to be changed and modified. The first step of the cleaning process was to rinse the system loop with water.

A pump developed by Solar Klíma Cad Kft was then used to fill and flush the loop with SolRnett®. According to product recommendations, SolRnett® should be pumped through a heavily contaminated loop for six hours. The next step was to drain the loop, collecting all the cleaning fluid in the original containers; rinse it thoroughly with clean water; and refill the system with new fluid. 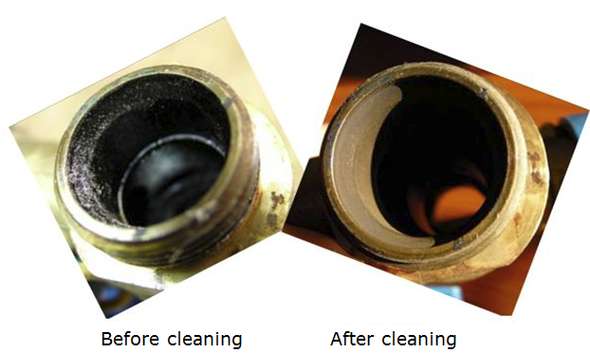 Climalife suggested Greenway® Neo Solar. This product decomposes four times slower than monopropylene glycol at temperatures above 150 °C, which significantly reduces sediment build-up and corrosion-and consequently, the risk of contaminating and clogging of the collectors.

Thanks to its many advantages, Greenway® Neo Solar boosts STWH system efficiency, thereby saving money in the long term.

After using SolRnett® and refilling the system with Greenway® Neo Solar, the clean collector unit now works like new.