AF Energy selects R-1234ze and R-1234yf for their ease of use and the ability to recover the induced heat, a source of EEC. 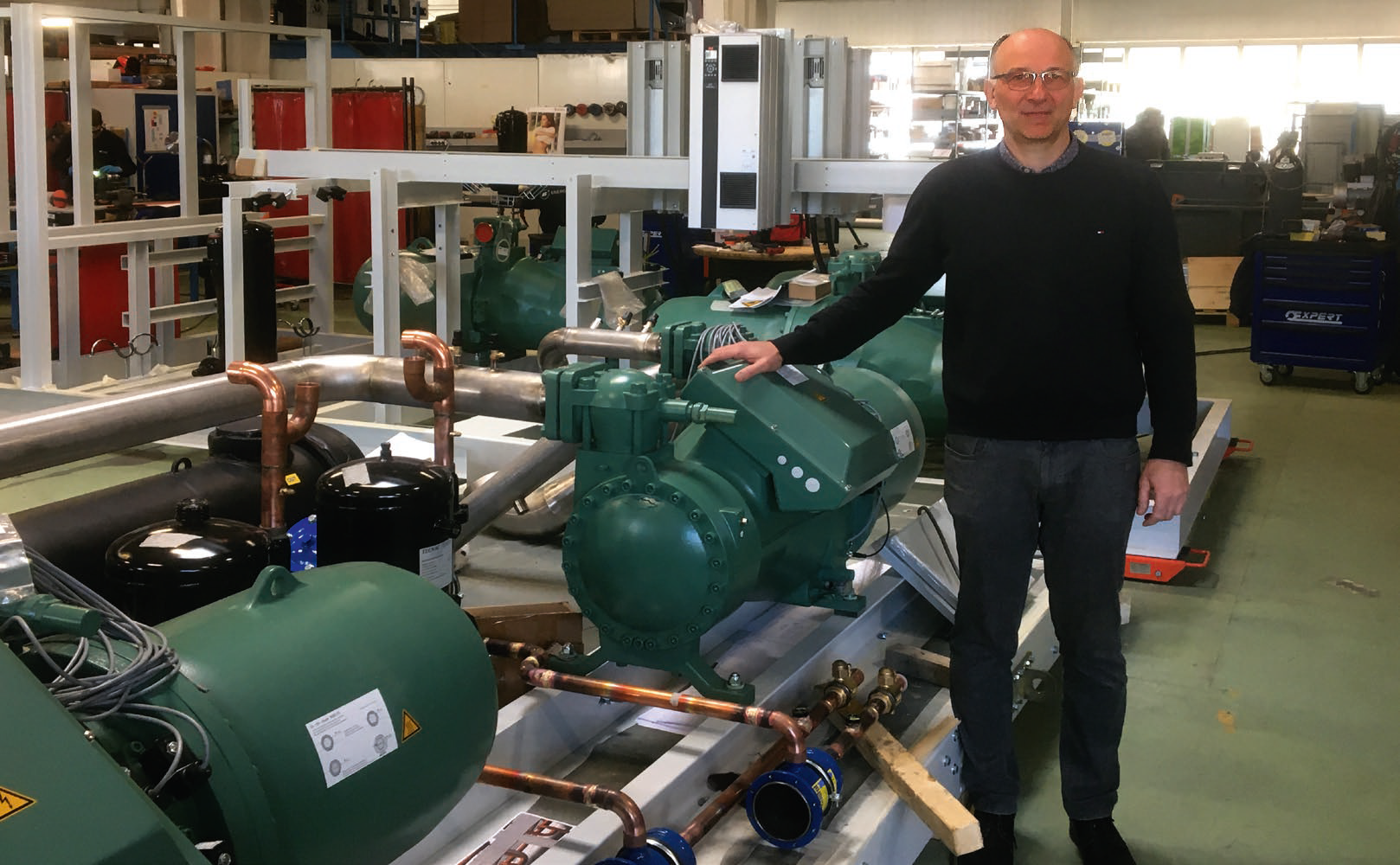 Located near Chambéry in France, AF Energy was founded in 2016 by a group of highly experienced refrigeration specialists. Sales of 3 million euros in 2019 are expected to double in 2020. The company, which has 25 employees, is renowned for its "Made in France" process machines and works 50% for partner manufacturers and 50% for installers. With its flourishing success, the company is preparing to move in June to more spacious premises to accommodate its growth, which is now based mainly around HFO technology.

« Two years ago, we saw that the pure HFOs R-1234yf and R-1234ze were ready because they had been validated by compressor manufacturers but were still totally under-used in installations, especially outside of standard equipment », emphasises Gilles Carron, Associate President of AF Energy. However, these two refrigerants distributed by Climalife, with particularly low GWPs (4 and 7 according to IPCC 4), could be used for power ratings from 200 to 1,000 kW, and thus fill the gap left by transcritical CO2 and then relayed by ammonia (NH3).

For Gilles Carron, HFOs have considerable advantages for different industries. Whilst he is familiar with CO2 having studied its performance in a transcritical version with his former employers for more than 10 years. « We went too far with this type of installation », he explains. In his opinion, R-744 should not be developed in standard mode without taking into account the specifications of most systems.

« In addition, carbon dioxide requires highly qualified technicians, which means that it is reserved for a small number of people, not to mention the problems it can cause with very high outside temperatures, as was the case last summer » explains this « technical enthusiast ». 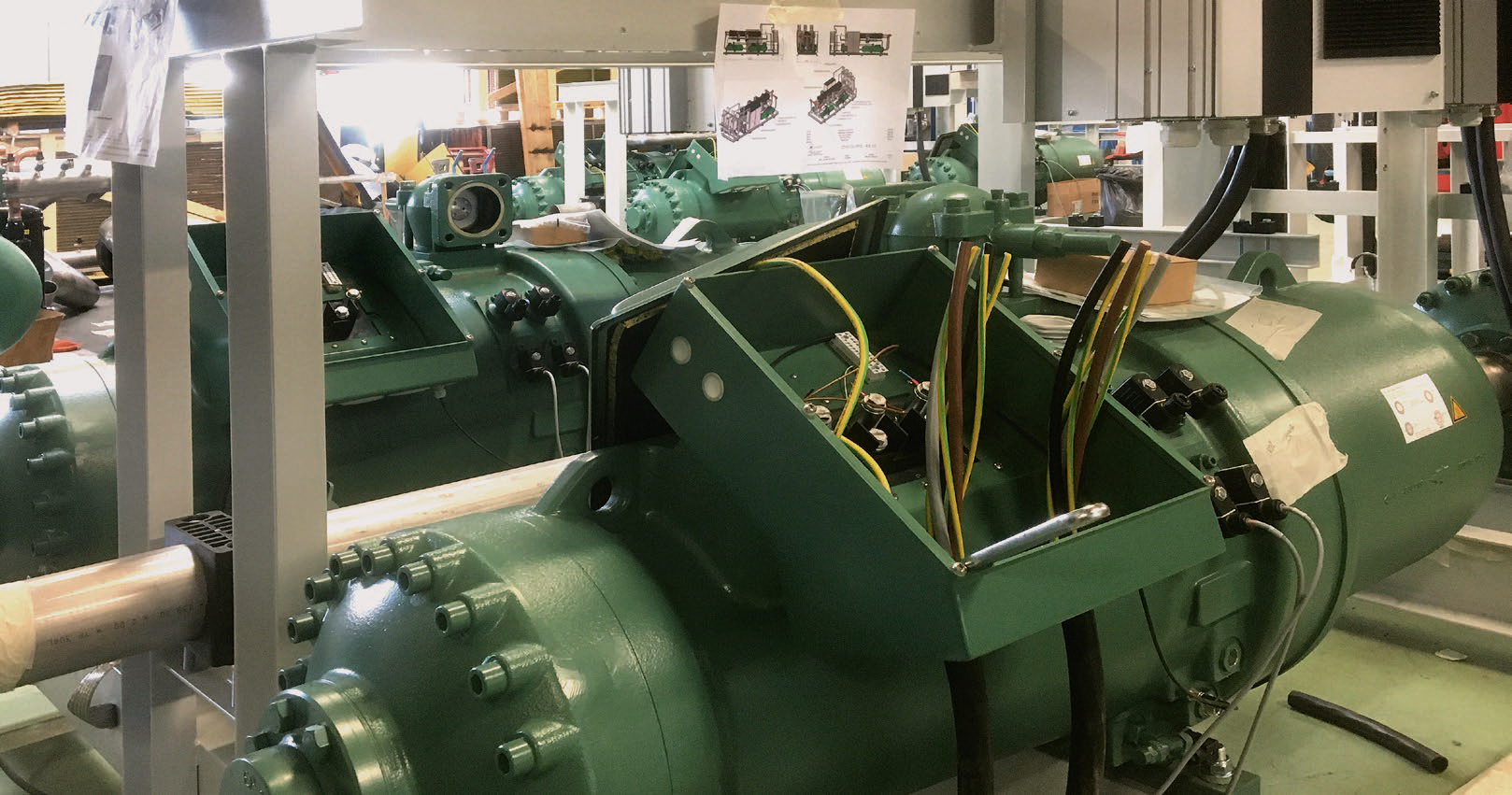 Among the advantages of these HFO refrigerants, heat recovery makes it possible to recover and save energy and thus generate Energy Saving Certificates as most French installers understand. It is also worth noting that they are able to reappropriate technically less complex and more reliable installations while making the most of their know-how. « Thanks to these refrigerants, which only require brief training, the refrigeration engineer is able to work in the same way as before, with complete peace of mind » Gilles Carron highlights.

Today, AF Energy designs refrigeration systems for both refrigeration and heating, with total heat recovery. These pure HFOs can work at condensation temperatures that allow heat recovery due to their thermodynamic properties (possible Tcond: 100°C for Solstice® ze and 70°C for Solstice® yf). R-1234yf is mainly used with reciprocating compressors for systems of less than 100 kW (at speeds of -8 / -4°C). R-1234ze is used in larger systems as mentioned above.

Gilles Carron does not dismiss the sensitive points of these refrigerants such as their flammability (A2L), « so low that it’s not a problem when you're explaining it to a customer », or their large amount of miscibility in with oil. A point that’s been solved with oil separators and on which they will continue to work with their supplier.

A significant reduction in carbon footprint

Although the lower pressure of these pure HFO molecules required AF Energy to develop condensers with low pressure drop, it offers the advantage of making these systems much less prone to leaks. This, in addition to their very low GWP and heat recovery, further reduces their impact on the environment. The setting of the expansion valves are studied by a solid team of five automation engineers.

Gilles Carron states that the price of these refrigerants does make a difference because they will decrease the more they are used and their share is small in the overall cost of an installation. Compared with CO2, HFOs remain very competitive, particularly due to a rapid return on investment. AF Energy combines a calorimeter with its machines, whose COPs can easily be monitored by analysing numerous reports from automated systems that can also be used to authorise predictive maintenance.

« In the food processing market, particularly in cheese dairies, slaughterhouses, cured meats and fruit and vegetable companies, there is a need for heat. Pure HFOs Solstice® ze and Solstice® yf have a high condensing temperature and make it possible to use this heat. This means that the sizing of the machine is nowadays based on the heating requirements and of course the cooling requirements are also taken into account. It is possible to simply make use of available heat that is usually not recovered and to provide new technical solutions in industrial processes ». « The simplicity of use of these HFO refrigerants allows installers to work as before. It's very easy to use ». Gilles Carron, Associate Chairman of AF Energy.

The CEE scheme is a mechanism set up in 2006 by the French government to meet the obligations of the European Directive on Energy Efficiency. It obliges energy suppliers (called "Obligated") to help those who consume energy (individuals and companies) to save energy. Other European countries have set up similar schemess.