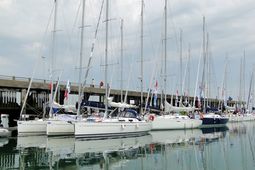 On 7, 8 and 9 June, over 150 cooling, air-conditioning and heating industry professionals from all over Europe came together for a yacht race in Brittany, the destination being the magnificent Belle-Ile-En-Mer. 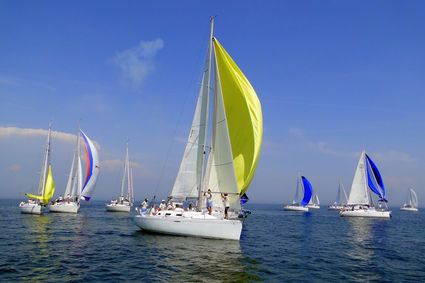 Twenty-one years after the first edition, the Voiles du Froid returned to its original starting point in Port Haliguen. The weather was mixed early on, but the sun was blazing by the time participants emerged from the famous "passage de la Teignouse". With no wind in the air, the crews got off to a gentle start.

Things began to hot up as they approached Bele-Ile, however, with 19 crews battling it out in their first regatta sponsored by Honeywell. 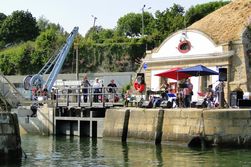 The welcome provided at the Ecluse du Palais by folk musicians impressed our sailors, as well as the inhabitants of the island who had gathered to offer a joyful and friendly welcome to the procession of Dufour 34's and First 36.7's 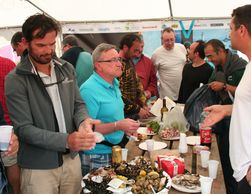 The now customary "local speciality" evening took place at the port alongside the boats. The participants had the honour of savouring and discovering the "pousse-pieds belle-îlois" (goose barnacles, a seafood speciality of the island), as well as cold meats, cheese, foie gras, etc. from all regions and countries, not to mention the Eastern confectionery brought along by the race's new Tunisian participants. 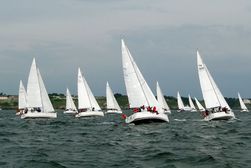 The Saturday-morning rain ensured our sailors were well awake and ready to take on a good wind which was enjoyable to sail in. The bravest quickly set themselves apart in the Exxon Mobil and Snefcca regattas, where the competition was fierce! Once the boats had made it to the finish on the idyllic Ster Vras beach, participants were able to enjoy a picnic and an afternoon with a strong artistic flavour. 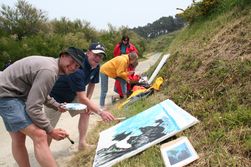 Competitors in the "Régate courant d'air" contest, sponsored by Assurfroid, were set the task of reproducing Claude Monet's "Les Roches noires de Belle Ile en Mer, la côte Sauvage". To do this, the painters first had to compete in a canoe race and recognise famous paintings in order to win colours to paint with. Three teams were awarded prizes for their masterpieces at the Climalife evening held at the Café Bleu in Sauzon. 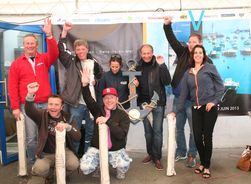 The last two regattas, the HRS and GEA races held on the Sunday morning, confirmed victory for the Dutch boat, the first time in the history of the Voiles du Froid that the title has gone to a non-French team. Many teams were also awarded prizes in the various events by our loyal partners. 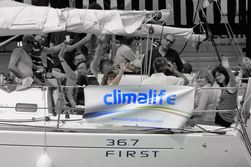 Climalife would like to extend its warmest thanks to the sponsors, Assurfroid, Clima+confort, Eurovent Certification Company, Gea Heat Exchangers, Exxon Mobil, Honeywell, HRS, ITE, the RPF and Snefcca, as well as the participants, for their contribution to the success of this excellent event.